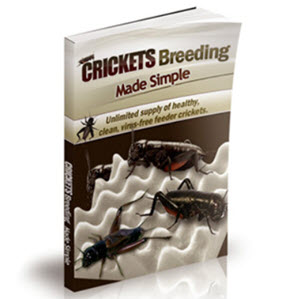 There are three guiding principles to identification that, if followed, enhance correct identification. Remember that some species can be identified only by authorities, and some cannot be distinguished based only on appearance, but most serious pests are readily distinguished with but little effort. You may need to use some low-level magnification such as a 10 x hand lens, and such equipment is inexpensive and easy to use.

Compare the written descriptions with the physical evidence carefully. Do not ignore aspects of the description because you are unfamiliar with the termi nology. Entomologists, like members of all scientific disciplines, use technical words to describe the physical appearance and behavior of their subjects of study. In this book the use of terminology is minimized, and terms are described in the glossary and illustrated with diagrams.

If a pest poses a major economic threat to a crop and you are uncertain of its identity, there are several available sources of assistance. The principal source in the United States is the Cooperative Extension System associated with the Land-Grant University found in each state. A cooperative extension service office is

Thickened, hard, meeting in straight lines on back

Thickened, hard, meeting in straight lines on back

Membranous normally found in each county, and the employees are commonly called county agents. The county agents often can assist with identification, and if they cannot they will forward the pest to the state university for identification. Research centers and experiment stations are other good sources of expertise, in both Canada and the United States. Crop consultants pro vide identification and pest management recommendations on a for-fee basis and usually can be found in important agricultural areas. You can access considerable additional information to aid in identification if you have access to the Internet. Suggested sources of supplementary information and assistance are found in Appendix B.

Resemble adults except for reduced wings

Short, variable in from Lapping-sucking

Piercing-sucking, originating at front of head

Resemble adults except for reduced wings Physical Appearance, Your Memory, Pentatomidae, How to get rid of stink bugs, Gryllidae