Garden For Quail And Casual Entertaining 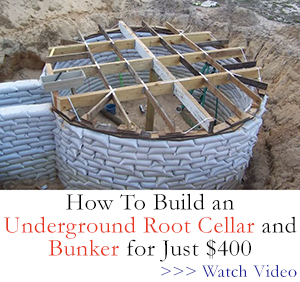 Grown fromthe ground upto encourage a habitat for nativewildlife, Penny Bianchi's Montecito garden, flush with gates made from willow, roses, olive trees and thickets of vines, holds all the resonance of a carefree cottage garden in the Provençal countryside.

An interior designer with a penchant for creating the enchanted mise-en-scene, Penny formed the vision for her garden soon after she and her husband purchased their property nine years ago. While exploring a neighboring 45-acre nature preserve and working closely with her landscape advisers, she began to observe firsthand what it would take to create a garden that would follow nature's course.

Penny's first act in her own garden was to create a pond. Today a list of wildlife almost too long to cite—blue gill and bass, deer, raccoons, skunks, ducks, great blue herons, redtail and cooper's hawks, some 50 other species of birds and even a coyote— can be seen in and around the pond. In the midst of the pond is a duck cote. Penny anchored it there after discovering that it takes at least 52 days for baby mallards to fly, making them prey to a great range of animals. Now nine full-grown pairs of mallards make their home in her garden.

Some years after the pond went in, a longtime resident of Montecito came by and mentioned how nice it was that Penny had brought the pond back after it had been covered up so many years ago to make room for a riding paddock. It was only then Penny realized that her first act in the garden was to restore a native wetland.

When Oprah Winfrey moved in next door, a covey of wild quail, upset by the initial commotion, made their way into Penny's yard. Penny didn't mind at all. (She reciprocated by handing Oprah fresh chicken eggs

Above:A gate made from willow leads to the guesthouse. Right: Punctuated by purple butterfly bush, the pond is at the center of a certified National Wildlife Federation Backyard Wildlife Habitat.

Left: Surrounded by oak trees and with a chandelier hanging in the tree-tops, Penny Bianchi (holding dog, right) hosts her parties Provençal-style. Succulents and lanterns decorate her table (top).

through the fence on many mornings.) Because quail are ground-nesters, Penny planted low-growing shrubbery around the pond to provide them with cover.

Instead of grass or concrete, Penny covered much of the ground with pea gravel, which allows rainwater to seep directly into the soil without runoff. Elsewhere, she planted roses to feed the deer (yes, really) and covered the house with vines (morning glory,Virginia creeper, clematis and wisteria) to feed the birds and provide cover for small animals. At the same time she banned all clippers, blowers and mowers, as well as all pesticides and herbicides.When Penny contacted the National Wildlife Federation, they certified the garden as a BackyardWildlife Habitat.

Penny and her husband usually wake to the call of their rooster, who seems to think he owns the place. Being partly responsible for the 11 chickens born this year (one of the hens hid her eggs behind a bag of alfalfa), he has certain claims. As domesticated animals, the 22 chickens, rooster and two dogs are all treated just as well as the wildlife, walking behind Penny through the garden, under the arbors and over the bridge that crosses a small stream running across the back of the yard.

Penny hosts parties under the branches of two live oaks. The long table is covered with a printed Provençal tablecloth and set alongside antique wrought-iron chairs, a scene that seems to have stepped out of an Impressionist painting. Penny says, "A visitor once told me that he rents a house in Provence every summer, but he thought I didn't need to do that. He said, 'You already have your place in Provence right here.'"

Right:An English lead cistern is stationed in the middle of the patio. Opposite, top left, clock-wise:The herb garden; relaxed seating on the patio; a birdbath stops the eye at the end of the shrub garden; herb garden near the kitchen.

A GARDEN EASY AND FUNCTIONAL, ALMOST ALL CONTAINERS

Sophisticated and to the point,the small evergreen garden shown on these pages summarizes a lifetime of experiences in the landscape. Created by a retired garden designer very much at the top of her form, it takes a restrained approach to the year-round possibilities of gardening in the Montecito area.

Avoiding perennials that change their face through the seasons, the garden focuses mainly on variegated foliage and the contrasts between leaf colors—all to the benefit of form. Except for a rose garden set against the south stone wall of the house and the blooms that come and go on the apple tree, there is hardly a flower in the place.

The main garden, a handsome potager just outside the kitchen, relies almost solely on the shape and foliage of ornamental herbs and fruit trees. Only lettuce and tomatoes are grown for the kitchen in spring and late summer.

Although the end result is a becoming classicism, the point of the garden is ease and function. Because each herb is planted in a stone pot, there is no digging in the ground, and even the pea-gravel ground cover is maintenance-free.While the herbs are changed out or moved from here to there, the bones of the garden—bay laurel, box, rosemary, and apple and grapefruit trees—remain constant, giving structure to the garden year round.

Adjacent to the potager is a second garden planted with easy-to-maintain shrubs, such as hydrangea, ceanothus and hebe. In between is an outdoor living area centered around an antique lead cistern and decorated with wicker furnishings. Here the family basks in the Montecito climate surrounded by their elegant garden rooms.

Right:An English lead cistern is stationed in the middle of the patio. Opposite, top left, clock-wise:The herb garden; relaxed seating on the patio; a birdbath stops the eye at the end of the shrub garden; herb garden near the kitchen.

Left: Built on a steep hillside, the Siemon house looks down on a terraced garden planted in olive trees, rosemary and lavender, while a woodland garden (below) spreads on the hillside above. Right:The antique Spanish gate exemplifies the detailing of the outdoor living areas. 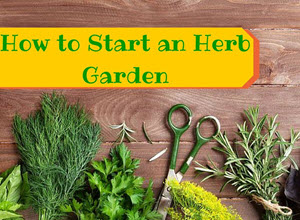 Grow Your Own Herb Garden