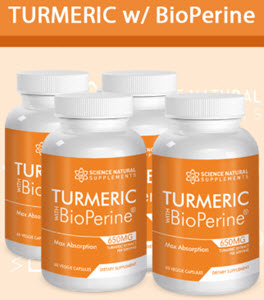 Clones that have been cultivated for centuries, even millennia, without crop protection chemicals, offer the best indication of the durability of horizontal resistance.

The clones of the classic wine grapes have been cultivated for centuries without any crop protection chemicals. It must be appreciated that all the serious parasites of grapes are new-encounter parasites that were introduced relatively recently from the New World. These include phylloxera, Plasmopora, Uncinula, and Guignardia. Before these parasites were taken to Europe, in the nineteenth century, the classic wine grapes had adequate levels of horizontal resistance to all the locally important parasites. The classic wine grapes also have a quality of crop product that is unsurpassed. This suggests that there need be no conflict between quality and horizontal resistance. Grapes are deciduous and the leaf parasites have discontinuous pathosystems. If vertical subsystems occur in the wild, they did not impose any limits to the level of horizontal resistance in these ancient clones.

Clones of figs (Ficus carica) have been cultivated in the Mediterranean area since antiquity. Pliny the Elder (23-79 AD) wrote of a clone called Dottato, which is still cultivated in Italy. In Turkey, an even older clone called Sari Lop is still cultivated, and Verdone has been grown in the Balkans for many centuries. Like grapes, figs are deciduous and the leaf parasites have discontinuous pathosystems, but there is no indication of a possible limitation of horizontal resistance in the clones by the occurrence of vertical resistance in the wild.

The clones of dates (Phoenix dactylifera) are so ancient that it is thought some of them may date from Neolithic times. Date breeding is singularly difficult because this palm is dioecious, and most seeds produce palms with inedible fruit. Vegetative propagation is very slow. The fact that there are about one hundred million palms of high quality fruit speaks wonders for the ancient selectors and cultivators of dates. Furthermore, there was no conflict between the highest quality of fruit, and very high levels of horizontal resistance. Dates have no old-encounter parasites of any significance. However, Bayoud disease (Fusarium oxysporum f.sp. albedinis) which is apparently a new-encounter parasite, is now serious.

A similar story can be told of olives (Olea europaea). These trees survive for many centuries and it is thought that a few of the trees planted by the ancient Romans may be still alive. It is worth reiterating that the oldest fungicide, Bordeaux mixture, was discovered in 1882, a little over a century ago. And that the first effective insecticide was DDT, discovered in 1940, little more than half a century ago. Ancient clones are far older than these crop protection chemicals. And any ancient clone that suffered unacceptable losses from parasites would not have been cultivated, and would have quickly become extinct. There are hundreds of ancient clones of olive.

Other Mediterranean crops are the various species and clones of citrus, many of which are ancient. It seems that the various modern problems with citrus parasites all result from graft incompatibilities, new-encounter parasites, or from an environmental erosion of horizontal resistance (see 6.6.2).

Among temperate crops, garlic (Allium sativum) and horseradish (Armoracia rusticana) both have clones of great antiquity, and neither crop is amenable to modern breeding because of the absence of flowers and seed. Such modern problems as occur with parasites are apparently all due to an environmental erosion of horizontal resistance (see 6.6.2). Hops (Humulus lupulus) are also cultivated as clones, many of which are ancient. Modern problems are due to new-encounter parasites.