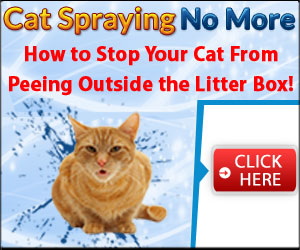 Ascaris lumbricoides eggs Within 1 hour at temps over 500C

Brucella abortus or B. suis Within 1 hour at 550C

Corynebacterium diptheriae Within 45 minutes at 550C

Entamoeba histolytica cysts Within a few minutes at 450C

Mycobacterium tuberculosis var. hominis . Within 15 to 20 minutes at 660C

Necator americanus Within 50 minutes at 450C

Shigella spp Within one hour at 550C

Streptococcus pyogenes Within 10 minutes at 540C

Taenia saginata Within a few minutes at 550C

Infection is spread by the hand to mouth transmission of eggs resulting from scratching the anus, as well as from breathing airborne eggs. In households with several members infected with pinworms, 92% of dust samples contained the eggs. The dust samples were collected from tables, chairs, baseboards, floors, couches, dressers, shelves, window sills, picture frames, toilet seats, mattresses, bath tubs, wash basins and bed sheets. Pinworm eggs have also been found in the dust from school rooms and school cafeterias. Although dogs and cats do not harbor pinworms, the eggs can get on their fur and find their way back to their human hosts. In about one-third of infected children, eggs may be found under the fingernails.

Pregnant female pinworms contain 11,000 to 15,000 eggs. Fortunately, pinworm eggs don't survive long outside their host. Room temperature with 30% to 54% relative humidity will kill off more than 90% of the eggs within two days. At higher summer temperatures, 90% will die within three hours. Eggs survive longest (two to six days) under cool, humid conditions; in dry air, none will survive for more than 16 hours.

A worm's life span is 37-53 days; an infection would self-terminate in this period, without treatment, in the absence of reinfection. The amount of time that passes from ingestion of eggs to new eggs being laid at the anus ranges from four to six weeks.35

In 95% of infected persons, pinworm eggs aren't found in the feces. Transmission of eggs to feces and to soil is not part of the pinworm life cycle, which is one reason why the eggs aren't likely to end up in either feces or compost. Even if they do, they quickly die outside the human host.

One of the worst consequences of pinworm infestation in children is the trauma of the parents, whose feelings of guilt, no matter how clean and conscientious they may be, are understandable. However, if you're composting your manure, you can be sure that you are not thereby breeding or spreading pinworms. Quite the contrary, any pinworms or eggs getting into your compost are being destroyed.36

Hookworm species in humans include Necator americanus, Ancylostoma duodenale, A. braziliense, A. caninum and A. ceylanicum.

These small worms are about a centimeter long, and humans are almost the exclusive host of A. duodenale and N. americanus. A

hookworm of cats and dogs, A. caninum, is an extremely rare intestinal parasite of humans.

The eggs are passed in the feces and mature into larvae outside the human host in favorable conditions. The larvae attach themselves to the human host usually at the bottom of the foot when they're walked on, then enter their host through pores, hair follicles, or even unbroken skin. They tend to migrate to the upper small intestine where they suck their host's blood. Within five or six weeks, they'll mature enough to produce up to 20,000 eggs per day.

Hookworms are estimated to infect 500 million people throughout the world, causing a daily blood loss of more than 1 million liters, which is as much blood as can be found in all the people in the city of Erie, PA, or Austin, TX. An infection can last two to fourteen years. Light infections can produce no recognizable symptoms, while a moderate or heavy infection can produce an iron deficiency anemia. Infection can be determined by a stool analysis.

These worms tend to be found in tropical and semi-tropical areas and are spread by defecating on the soil. Both the high temperatures of composting and the freezing temperatures of winter will kill the eggs and larvae (see Table 7.16). Drying is also destructive.37

Whipworms (Trichuris trichiura) are usually found in humans, but may also be found in monkeys or hogs. They're usually under two inches long; the female can produce 3,000 to 10,000 eggs per day. Larval development occurs outside the host, and in a favorable envi-

Both thermophilic composting and freezing weather will kill hookworms and eggs.

ronment (warm, moist, shaded soil), first stage larvae are produced from eggs in three weeks. The lifespan of the worm is usually considered to be four to six years.

Hundreds of millions of people worldwide, as much as 80% of the population in certain tropical countries, are infected by whip-worms. In the U.S., whipworms are found in the south where heavy rainfall, a subtropical climate, and feces-contaminated soil provide a suitable habitat.

Persons handling soil that has been defecated on by an infected person risk infection by hand-to-mouth transmission. Infection results from ingestion of the eggs. Light infections may not show any symptoms. Heavy infections can result in anemia and death. A stool examination will determine if there is an infection.

Roundworms (Ascaris lumbricoides) are fairly large worms (10 inches in length) which parasitize the human host by eating semi-digested food in the small intestine. The females can lay 200,000 eggs per day for a lifetime total of 26 million or so. Larvae develop from the eggs in soil under favorable conditions (210C to 300C/69.80F to 860F). Above 370C (98.60F), they cannot fully develop.

Approximately 900 million people are infected with round-worms worldwide, one million in the United States. The eggs are usually transmitted hand to mouth by people, usually children, who have come into contact with the eggs in their environment. Infected persons usually complain of a vague abdominal pain. Diagnosis is by stool analysis.39 An analysis of 400,000 stool samples throughout the U.S. by the Center for Disease Control found Ascaris in 2.3% of the samples, with a wide fluctuation in results depending on the geographical location of the person sampled. Puerto Rico had the highest positive sample frequency (9.3%), while samples from Wyoming, Arizona, and Nevada showed no incidence of Ascaris at all.40 In moist tropical climates, roundworm infection may afflict 50% of the popu-lation.41

Eggs are destroyed by direct sunlight within 15 hours, and are killed by temperatures above 400C (1040F), dying within an hour at 500C (1220F). Roundworm eggs are resistant to freezing temperatures, chemical disinfectants and other strong chemicals, but thermophilic composting will kill them.

Roundworms, like hookworms and whipworms, are spread by fecal contamination of soil. Much of this contamination is caused and spread by children who defecate outdoors within their living area. One sure way to eradicate fecal pathogens is to conscientiously collect and thermophilically compost all fecal material. Therefore, it is very important when composting humanure to be certain that all children use the toilet facility and do not defecate elsewhere. When changing soiled diapers, scrape the fecal material into a humanure toilet with toilet paper or another biodegradable material. It's up to adults to keep an eye on kids and make sure they understand the importance of always using a toilet facility.

Fecal environmental contamination can also be caused by using raw fecal material for agricultural purposes. Proper thermophilic composting of all fecal material is essential for the eradication of fecal pathogens.

And don't forget to wash your hands before eating! TEMPERATURE AND TIME

There are two primary factors leading to the death of pathogens in humanure. The first is temperature A compost pile that is properly managed will destroy pathogens with the heat and biological activity it generates.

The second factor is time. The lower the temperature of the compost, the longer the subsequent retention time needed for the destruction of pathogens. Given enough time, the wide biodiversity of microorganisms in the compost will destroy pathogens by the antagonism, competition, consumption and antibiotic inhibitors provided by the beneficial microorganisms. Feachem et al. state that three months retention time will kill all of the pathogens in a low-temperature composting toilet except worm eggs, although Table 7.14 (also from Feachem) indicates that some additional pathogen survival may occur.

A thermophilic compost pile will destroy pathogens, including worm eggs, quickly, possibly in a matter of minutes. Lower temperatures require longer periods of time, possibly hours, days, weeks, or months, to effectively destroy pathogens. One need not strive for extremely high temperatures such as 650C (1500F) in a compost pile to feel confident about the destruction of pathogens. It may be more

realistic to maintain lower temperatures in a compost pile for longer periods of time, such as 500C (1220F) for 24 hours, or 460C (1150F) for a week. According to one source, "All fecal microorganisms, including enteric viruses and roundworm eggs, will die if the temperature exceeds 460C (114.8°F) for one week." 42 Other researchers have drawn similar conclusions, demonstrating pathogen destruction at 500C (1220F), which produced compost "completely acceptable from the general hygienic point of view." 43

In the words of Feachem et al., "The effectiveness of excreta treatment methods depends very much on their time-temperature characteristics. The effective processes are those that either make the excreta warm (550C/1310F), hold it for a long time (one year), or feature some effective combination of time and temperature." The time/temperature factor of pathogen destruction is illustrated in Figure 7.7.

In short, the combined factors of temperature and time will do the job of turning your turds into tomatoes — so you can eat them.

Humanure is a valuable resource suitable for agricultural purposes and has been recycled for such purposes by large segments of the world's human population for thousands of years.

However, humanure contains the potential for harboring human pathogens, including bacteria, viruses, protozoa and parasitic worms or their eggs, and thereby can contribute to the spread of disease when improperly managed or when discarded as a waste material. When pathogenic raw humanure is applied to soil, pathogenic bacteria may continue to survive in the soil for over a year, and round-worm eggs may survive for many years, thereby maintaining the possibility of human reinfection for lengthy periods of time.

However, when humanure is composted, human pathogens are destroyed and the humanure is thereby converted into a hygieni-cally safe form suitable for soil applications for the purpose of human food production.

Thermophilic composting requires no electricity and therefore no coal combustion, no acid rain, no nuclear power plants, no nuclear waste, no petrochemicals and no consumption of fossil fuels. The composting process produces no waste, no pollutants and no toxic by-products. Thermophilic composting of humanure can be carried out century after century, millennium after millennium, with no stress on our ecosystems, no unnecessary consumption of resources and no garbage or sludge for our landfills. And all the while it will produce a valuable resource necessary for our survival while preventing the accumulation of dangerous and pathogenic waste.

Stop your Cat Spraying in the House