Nature of the problem 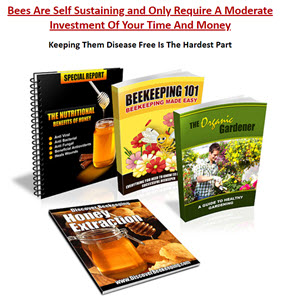 The small hive beetle is considered a secondary pest in South Africa, attacking small or weak hives but rarely affecting strong hives. The honey bees in South Africa are primarily Apis mellifera scutelata, an aggressive bee that has excellent housecleaning and defensive traits. In contrast, the bees kept in North America are predominately A. m. ligustica or A. m. carnica and differ in behavior from African bees. The difference between races of bees coupled with different climatic and colony management styles between South Africa and the United States make it difficult to predict the impact of this new pest on the U. S. beekeeping industry. Reports from states with SHB have indicated occasional problems with beetles infesting and destroying hives in the apiary. However, more problems have been reported from damage by SHB to stored honey.

The information in this book is useful to anyone wanting to start beekeeping as a hobby or a business. It was written for beginners. Those who have never looked into beekeeping, may not understand the meaning of the terminology used by people in the industry. We have tried to overcome the problem by giving explanations. We want you to be able to use this book as a guide in to beekeeping.