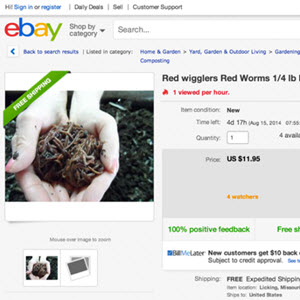 Liquid fertiliser is a great asset for the organic gardener: not only is it a very good plant booster and foliage spray, it can also be used as a form of pest control, (it smells)!

You will need a 45 litre metal or plastic container with a lid to keep out the flies. You can use either animal or bird manure or a combination of both. Half fill a strong hessian bag with manure, and fill the drum with fresh water.

Suspend the bag, (somewhat like a tea bag in a cup of hot water), into the drum so that it's completely covered with water. Give the bag a jiggle even couple of days. During the first week or so it could become a little smelly, so don't put the container to close to the house or the clothesline!

All liquid fertilisers should be ready to use within two to six weeks. When it's ready to use, it should only have a slight odour or none at all.

Comfrey makes a nutrient rich liquid fertiliser. Fill a drum half full of comfrey leaves, then top up with fresh water and replace the lid. Leave to steep for about 3 weeks.

Use the same method as when using manure, half filling the hessian bag with good fresh compost. Some of the valuable nutrients in compost will dissolve into the water.

As plants can absorb nutrients in a liquid form, the use of compost tea makes quite a lot of sense, particularly during dry periods when plants are starved for food and water. Many problem plants and trees can be nursed back to health by treating them with compost tea.

You can also use it on bare spots on your lawn and on garden plants, shrubs and trees that have been transplanted.

Products from the sea arc low in nitrogen but high in many trace elements. The liquid is also a good foliage spray.

Fill a drum half full of fresh seaweed and then top up with fresh water and replace the lid. Give the brew a good stir eveiy two or three days. Seaweed is also a good soil conditioner, (green seaweed is best), and you can put it straight onto the garden.

The liquid that drains out of a worm farm can be used to make an excellent liquid fertiliser.

This liquid is very rich, and needs to be diluted to 20ml to one litre of water. It can also be used as a foliage spray.

A good brew for young plants is 25% brew and 75% water. It should be the colour of weak tea. For older plants use 50/50. This is a strong brew so be careful not to bum the plants.

Before applying liquid fertiliser, give your plants a good watering. This will help the plants to absorb the nutrients from the liquid fertiliser and prevent the risk of burning roots and leaves.

Plants that like a little liquid fertiliser when they are beginning to produce their crops are peas, beans, and onions when they are starting to bulb, (not before or they will not store well).

Plants that dislike liquid fertiliser, or any other kind of fertiliser are root crops.

If given applications of fertiliser, they will grow lovely leaves, with spindly and malformed roots. E

Hopes for Australia's drought areas to finally shrink—at least for a while—are often associated with a La Niña event. Although such an event is not necessary to end a drought in eastern Australia, there is a slight chance that a La Niña event later this year might just eventuate. If it does, good widespread rains are a very distinct probability.

In Chile signs of La Niña have already started to occur, with widespread concern about developing drought— the opposite effect to Australia.

"At the moment we're experiencing the progress of La, Niña which is provoking a rain deficit in Chile's central region", Luis Serrano, of the Chilean Meteorological Authority, said.

In mid-May the Australian Bureau of Meteorology reported:

"These conditions (cooling of the Pacific off South America), combined with the fact that all major international models show further cooling of the equatorial Pacific Ocean over the coming months, suggest that there is an elevated chance of a La Niña event occurring during 2007.

Historically, La Niña events bring wetter than normal conditions across much of the eastern half of Australia from autumn onwards."

La Niña can be defined as cooler than normal sea-surfaee temperatures in the central and eastern tropical Pacific ocean that affect global weather patterns.

La Niña conditions generally occur every few years and can last for as long as two years.

El Niño and La Niña are the opposite ends of a naturally occurring climate eyele sometimes referred to as the HI Niño/Southern Oscillation (KNSO).

Both terms refer to large-scale changes in sea-surface temperatures across the eastern tropical Pacific Ocean.

Usually, sea-surface temperature readings off the west coast of South America range from 15 to 20 degrees Celsius, while they exceed 26 degrees C in the 'warm pool' located in the central and western Pacific.

This warm pool expands greatly to cover the tropics during El Niño, but during La Niña, the easterly trade

winds strengthen and the cold Humboldt ocean eurrent along the equator and the west coast of South America intensifies.

Sea-surface temperatures along the equator can fall as much as 4 degrees C below normal in a La Niña.

Why do these changes occur?

Both El Niño and La Niña result from interaction between the temperature on the surface of the ocean and the atmosphere fn the tropical Pacific.

The system swings between warm (HI Niño), to neutral (normal), or to cold (La Niña) conditions on the average of every 3 to 4 years.

As to what causes the swings to begin in the first place, no-one knows. There are theories about variations in the earth's orbit, in the sun's radiation, in underwater volcanoes and so on.

Worms W® are a wn carmorcia!

During a La Nina, the cold ocean current flows northwards along the South American coast towards the equator. As the colder water reaches equatorial regions it begins to warm slowly while flowing westwards towards Australia.

These swings have been occurring for thousands of years even though they have only been identified for the past 30 years or so.

Usually, a La Niña is preceded by an increase in coolcr-than-normal subsurface waters in the tropical Pacific.

Atmospheric and oceanic waves moving eastwards help bring the colder water to the surface through a series of processes still not understood by scientists.

Generally a high pressure centre develops over the cooler waters near South America and a low develops over tropical Australia, thus helping to form the circulation.

After a few months, the easterly trade winds strengthen and cold water begins to come closer to the surface off Peru and Ecuador.

This process of rising cooler water is known as "upwelling" and sea-surface temperatures (SSTs) drop below normal.

During the 1988- 89 La Niña, SSTs fell to as much as 4 degrees C below normal. Both La Niña and El Niña conditions tend to peak during the Southern Hemisphere summer, although they may begin much earlier.

Both El Niño and La Niña have effects on world climate patterns. In many places, especially in the tropics, La Niña (or cold episodes) produces the opposite climate variations from El Niño.

For instance, parts of Australia and Indonesia are prone to drought during El Niño, but are typically wetter than normal during La Niña.

The surface temperature of the Pacific then increases several degrees, providing a good enviromnent for a warmer air temperature to develop.

This warmer air above the current is then capable of holding a lot more water vapour than cooler air and is available to flow over the eastern part of Australia as it is pulled southwards by the East Australian ocean current.

The anti-clockwise movement of the ocean currents in the South Pacific Ocean is caused by the rotation of the earth.

It is complicated by many factors including the large expanse of water available and the spherical nature of the planet.

If it were not for those complicating factors our weather and climate patterns would be more constant and very boring. IE]